Drowning is no sin.

A perfect catch for Father's Day 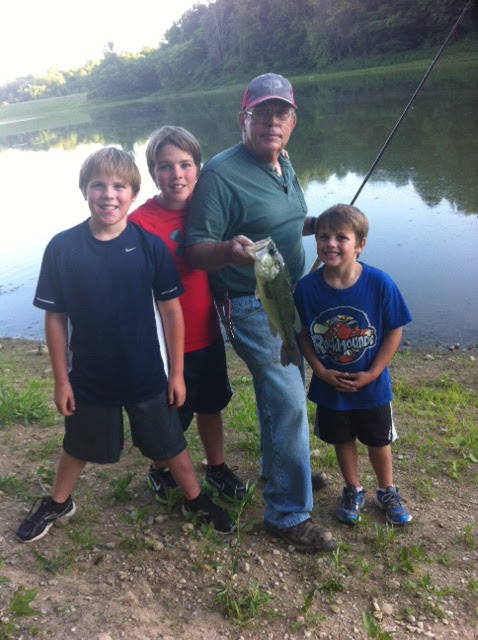 A couple of weeks ago Holly and I made a quick trip to Las Vegas for a Friday and Saturday night. Some amazing friends of ours, Stan and Kerrie, offered to keep all three of our boys. Their son Sam was having a birthday party, which turned into a two-day, two-night sleepover extravaganza.

I think Holly and I had more fun. It had been over a year (and what a year it has been) since Holly and I had taken a couple's retreat. Las Vegas isn't our favorite place, but our trip had a purpose. We went there to see Snow Patrol in concert. The venue, The Boulevard Pool at The Cosmopolitan Hotel, was quirky, but it allowed me a chance to get some decent photos, and we got to stay at The Cosmo to make it super convenient. Holly is usually a good sport and acts like she enjoys the concerts I drag her to. She is either getting better at her acting, or she actually likes Snow Patrol as much as she says she does. The concert was really good, but two days alone with Holly were even better.

Here is a short slideshow of some of the photos from the concert. The background music is their instrumental, "Berlin", from there newest CD, Fallen Empires.

The first time I saw Snow Patrol in concert eventually led to my starting this blog. I have yet to tell that story here, but hope to someday soon.  The concert and the weekend was enough to remind me that there is way more to this life than I ever let on, and also that, for some reason, I want to try to share some of this life (and even some of the "more") with whoever is interested. So here we go again...
Posted by pdr at 9:38 AM 2 comments:

Finally! The elves can rest.

It takes something significant to follow the last post. Fortunately I stumbled upon a TED talk that can follow such a classic piece. This one is twenty minutes long, but I think it will be time enjoyably and nicely spent.

Personalize funny videos and birthday eCards at JibJab!
Posted by pdr at 8:02 PM No comments: